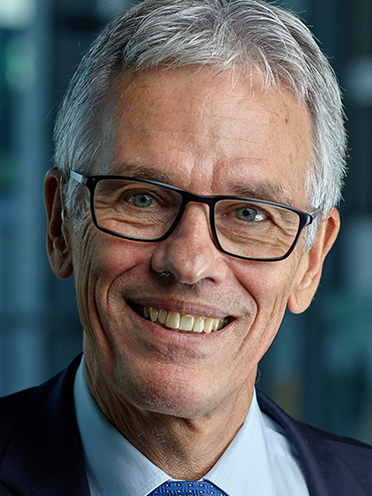 His main scientific interests are new drug development, including the performance of clinical phase I and early phase II trials, and the inclusion of pharmacokinetics and pharmacodynamics in these studies. He also has a major interest in the design aspects of early clinical studies. Besides his clinical activities, he has been the chairman of the Early Clinical Studies Group of the European Organisation for Research and Treatment of Cancer (EORTC) from 1993-1996, chairman of the EORTC Soft Tissue and Bone Sarcoma Group from 1996-1999, chairman of the EORTC New Treatment Committee, the EORTC New Drug Advisory Committee, and Vice-President of EORTC. He has also been president of the Connective Tissue Oncology Society (CTOS), chairman of the RECIST working group, and chairman of the Scientific Council of the Dutch Cancer Foundation. He has been editor of the European Journal of Cancer and associate editor of the Journal of Clinical Oncology. He served as vice-chairman in the Board of Governors of the Dutch Cancer Foundation from 2011-2019 and as a member of the Board of Directors of the American Society of Clinical Oncology (ASCO) from 2016-2020. He currently serves, as Managing Director of the Cancer Drug Development Forum (CDDF) in Brussels, Belgium, and as senior advisor to the University of Siegen, Germany, and as an advisor for several pharmaceutical companies.

In 2011 Jaap Verweij was appointed as fellow of the Royal Netherlands Academy of Arts and Sciences, and in 2017 as Fellow of the American Society of Clinical Oncology (ASCO).

He has authored or co-authored over 700 scientific papers and has given numerous lectures on a variety of topics at international meetings.