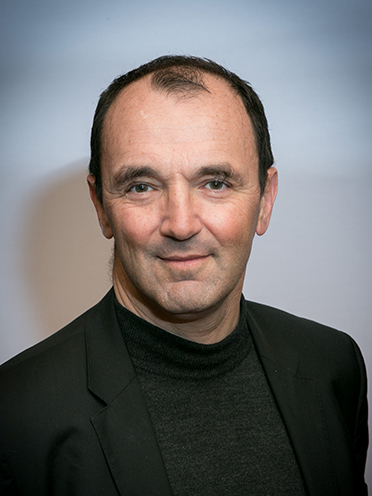 Professor Jean-Yves Blay is a medical oncologist, General Director of the Centre Léon Bérard, the Comprehensive Cancer Centre of Lyon, France, researcher and a Professor at the University Claude Bernard, Lyon, France. Since 2019, he is the President of the French Federation of Cancer Centers Unicancer.

His work focuses on sarcoma, genomics and targeted treatment of cancer, immuno-oncology, and the relationship between tumour immunologic microenvironment and malignant cells, with the goal of clinical applications in the field of diagnosis, prognosis and treatment.

He has been distinguished with the Hamilton-Fairly award from ESMO (2012) and the Henry and Mary-Jane Mitjaville prize from the National Academy of Medicine (2013). He was the President of the ESMO 2019 congress (30000 participants).

Professor Blay is the Director of the LYRICAN SIRIC (previously LYRIC) since 2018. He is also the President of the French Sarcoma Group, the Network director of NETSARC+ network of sarcoma reference center for the INCA since 2019. He serves as secretary for the World Sarcoma Network (WSN), a think tank of all worldwide sarcoma research groups. He serves as the Network Director of ERN-EURACAN, designated by the EU Commission in 2016 to improve the quality of care for patients with rare cancers in the European Union.

Previously, he served as the President of EORTC between 2009 and 2012. He was the former Principal Investigator of Conticanet, an EU Commission network of excellence of FP6, and he PI of the FP7 project EUROSARC.

Professor Blay has co-authored over 1000 peer-reviewed articles and book chapters, and was distinguished as Highly Cited Researcher in 2019. He advises various national and international institutions and research organisations, and is an active member of several oncology scientific organisations and societies, such as ESMO, CTOS, ASCO and AACR.