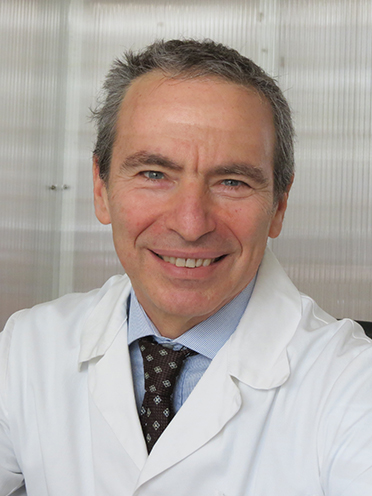 As a Researcher, he also specialised in paediatrics, he began his clinical activity in the Paediatric department of the Haematology Center in 1985, until 1988. Since the end of the 80’s he has followed and contributed to building the autologous stem cell transplant and has designed and coordinated the database of the National Registry of GITMO for the autologous transplant section, as national referent for the European register (EBMT).

In the early 1990s, he began to follow clinical trial protocols in Haematology, particularly in acute myeloid and lymphoid leukaemias: interleukin-2, erythropoietin working in close contact with the pharmaceutical industries that promoted studies.

Twenty-five years ago, in 1997, Professor Mandelli entrusted him with the task of coordinating and re-organising the Data Centre which collected and analysed data of the clinical studies of the GIMEMA cooperative group from all over Italy.

Over the years, he has also dedicated himself to the fundraising activities for the Italian Association against Leukaemia, lymphoma and myeloma, (AIL), of which he is currently national vice-President.

He is the contact person for the Italian National Rare Cancer Network for adult haematological diseases. He is also a lecturer at the School of Specialisation in Haematology, at the nursing degree course for the disciplines “Clinical Nursing in Specialised Area”.

Co-author of 179 publications in the field of haematology.