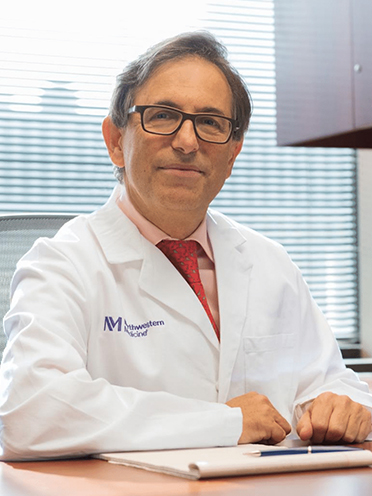 Dr Roger Stupp is an internationally renowned medical oncologist and neuro-oncologist and a leading authority on primary and metastatic brain cancer. Dr Stupp has been the lead investigator for numerous clinical trials from first-in-human phase 1 to pivotal phase registration studies. In the brain tumour field, he is best known for his contributions of temozolomide and radiation in the first-line treatment of brain tumours, MGMT as a predictive factor for benefit from alkylating agent chemotherapy (in collaboration with Monika Hegi) and establishing Tumor Treating Fields as an innovative treatment modality.

Roger Stupp has been an active investigator with the EORTC for over 25 years. He was a member of the head and neck and brain tumour group and served for many years as the secretary to the BTG. Since 2006 Dr Stupp has served on the EORC board of directors and from 2012 – 2017 as the president. He developed concepts for several innovative trials and acted as the principal investigator for numerous phase 2 and phase 3 clinical trials that were conducted as international trials under the umbrella of the EORTC.

Dr Stupp is the Paul C. Bucy Professor of Neurological Surgery, Professor of Medicine (Hematology/Oncology) and Neurology at Northwestern University Feinberg School of Medicine and Division Chief of neuro-oncology in the Department of Neurology. He serves as the Co-Director of the Lou & Gene Malnati Brain Tumor Institute and Associate Director for Strategic Initiatives of the Robert H. Lurie Comprehensive Cancer Center of Northwestern University, Chicago, Illinois.