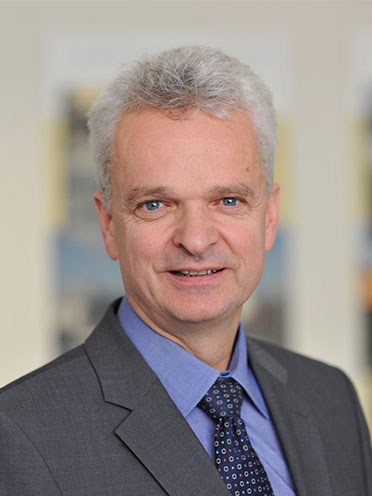 Session(s)
by U. Keilholz

Ulrich Keilholz, M.D. is a Professor of Comprehensive Oncology at Charité Berlin, Germany

Dr. Ulrich Keilholz graduated from the University of Heidelberg Medical School in 1983 and  trained in Internal Medicine and Hematology/Oncology at the Dept. of Internal Medicine, University of Heidelberg, Subsequently he continued to work as attending physician in the same department, interrupted by a guest visit to the NIH Surgery branch in 1987, which laid the basis for the inauguration of the tumor immunology group, he directed in Heidelberg. 1997-2012 he served as Professor of Medical Oncology and vice chair of the Department of Hematology and Oncology at the Charité Campus Benjamin Franklin. In 2013 he was appointed Director of the Charité Comprehensive Cancer Center (CCCC). His clinical and translational research areas include tumor immunology, immunotherapy and targeted therapies.

Ulrich Keilholz has joined the EORTC melanoma group in 1993 and served in several roles, including group chair. He also is a member of the head and neck cancer group.