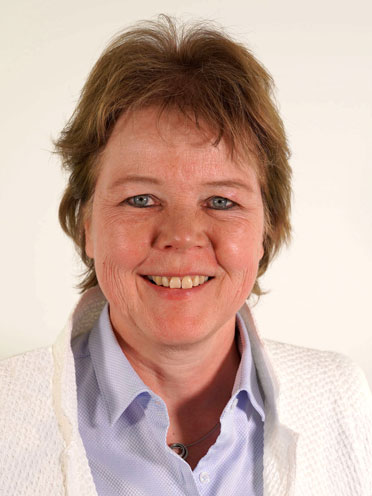 Professor Winette van der Graaf is medical oncologist and Group Leader in the Netherlands Cancer Institute Amsterdam. She is the current President of the European Organisation for Research and Treatment of Cancer (EORTC), the leading European academic research organisation in the field of cancer.

She is also Professor of Transformative Oncology at Erasmus MC in Rotterdam, the Netherlands. From 2015-2018 she was Team leader Clinical and Translational Sarcoma research at The Institute of Cancer Research, London and honorary consultant in the sarcoma unit of The Royal Marsden Hospital in London. She has participated in many clinical studies in sarcoma and led the pivotal phase III trial with pazopanib for soft tissue sarcoma, which led to FDA and EMA registration in this indication. She was born, raised, and trained in The Netherlands. She was member of staff and associate professor at the University of Groningen until 2007 when she was appointed as full professor at the Radboud University Medical Center in Nijmegen. She was head of the department from 2010-2015, until she moved to London. She has led the Dutch training program for medical oncologists and
has been supervisor of many fellows in training for medical oncology and PhD students.

She was chair of the EORTC Soft Tissue and Bone Sarcoma Group and has been on many scientific oncological program committees in the Netherlands and on Sarcoma Tracks of ECCO and ESMO meeting. She is advisor of the Dutch and European Sarcoma patients advocates groups (SPAEN).

For her, Personalized Oncology is a combination of precision medicine and adapting treatment and care to the needs of cancer patients of different ages